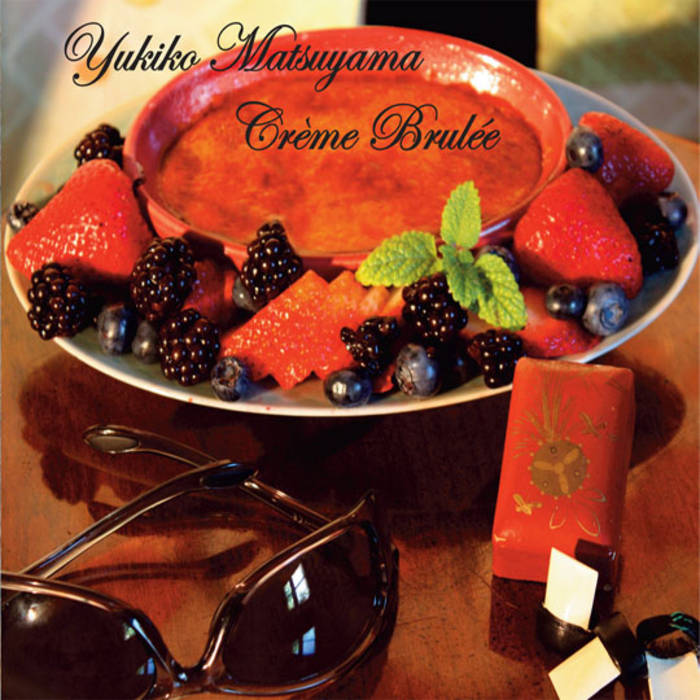 Yukiko Matsuyama’s best selling release, Crème Brulée, is a joyful blend of Smooth Jazz and World Music that will excite & delight! It's a delicious feast which blends the Japanese flavors of the Koto with westerm instruments and rhythms from around the world.

Note: this is not your traditional “relaxation / meditation” Koto CD. You’ll find yourself taking this one with you in the car, on bike rides, and wherever you want to feel the positive vibrations of happy music.

Bio:
International recording artist Yukiko Matsuyama bridges eras and cultures. Her compositions for koto and western instruments delve into a joyous and celebrative blend of world and pop music. She delivers the sounds of the ancient 7th century instrument with authority and grace while managing to infuse elements of jazz, pop, new age, and world music into her mesmerizing compositions.

Born in Osaka Japan Matsuyama was classically trained at the Ikuta School of Koto from age 9. She received her professional certification and teaching credential in 1986.

In 1993 Matsuyama moved to Los Angeles and began composing original music, blending the traditional sound of the koto with western music.

Her best selling CD, Crème Brulée, is a delicious feast which blends the Japanese flavors of the Koto with rhythms from around the world and features Greg Vail’s soulful saxophone.

She recorded in Japan with the Paul Winter Consort and is featured on Paul Winter’s latest CD; Miho – Journey to the Mountain (Grammy Winner – Best New Age Album, 2011).

Matsuyama performed at the Latin Grammys in November 2011. For the event, she performed with Shakira on Antes De Las Seis, her latest single from the album, Sale El Sol, for which Shakira won the Latin Grammy for Best Female Pop Album.

Beyond the Space, a collaboration with Hirotaka Ogawa will be released exclusively in Japan this October with concerts in Osaka and Tokyo.

A 13-string zither or harp, the Koto is Japan’s national instrument.

All tracks composed and published by Yukiko Matsuyama, ASCAP.

Bandcamp Daily  your guide to the world of Bandcamp